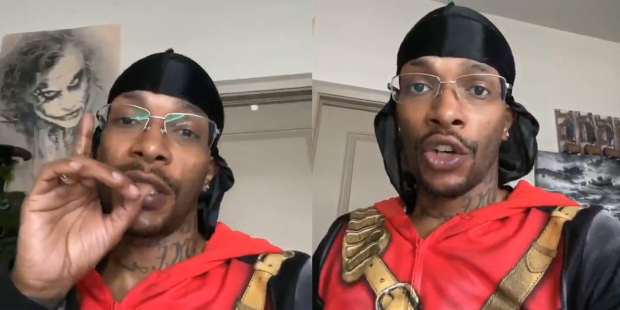 Antoine Tucker may not have a snowballs chance in hell of unseating Alexandria Ocasio-Cortez in New York’s 14th congressional district. Tucker is running as a Republican in the mostly Democratic area. Tucker is a former ex-felon who has turned his life around and built up a sizable social media following where he discusses conspiracy theories, Tucker also runs a Tattoo shop called Top Shelf Ink. Tucker has spent time in prison for selling crack cocaine to an informant and was a victim of malicious prosecution, he eventually took a plea agreement. Tucker was able to turn his life around after being released from prison by becoming an entrepreneur, which is the only option for many convicted felons.

Previous reports have suggested that Tucker’s newfound love of Conservatism is allegedly a way for him to launder money as possible shell companies such as Geld Productions reappear in his recent Q3 filing. According to his Q3 filing, Tucker had only $1,566 on hand. In that quarter, he raised $15,931.

Tucker also doesn’t even use WinRed -the official GOP’s fundraising platform- instead his donations go through Squarespace, which certainly have raised some eyebrows about what Tucker is doing with the money.

Tucker reminds me a lot of the character Ghost from “Power” except he doesn’t have the finances to compete with Democratic powerhouse Alexandria Ocasio-Cortez who has raised over $2 million dollars for her campaign. Regardless, of Tucker’s criminal past and money laundering he has some astute ideas and make some points about social issues while being entertaining in videos online. Tucker may not have the ability to take on AOC, but his videos on social media are worth checking out from an entertainment perspective!!