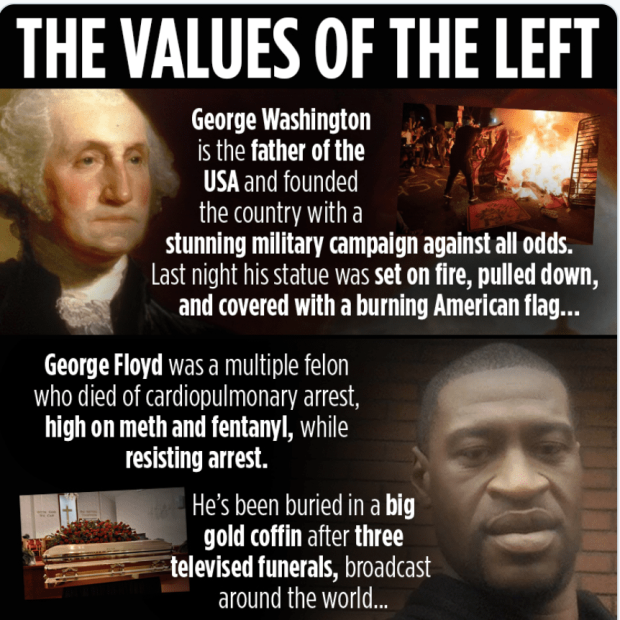 Last night violent protesters tore down a statue of George Washington in Portland, Oregon. With many leftists justifying the removal of the statue because Washington was a “slave owner”. While George Washington owning human beings is despicable. The morals of the man who has sparked the protests wasn’t much better, as Floyd was a multiple felon, high on meth and fentanyl, and was likely resisting arrest at the time of his death.  While we can make the agreement that George Washington shouldn’t be celebrated as a hero, if we are being honest George Floyd likely didn’t deserve a gold coffin and a burial on national tv. As these protests rage and these criminals continue to destroy property and stores when will the justice system hold them accountable?

Prosecutors across the country allowing protesters to destroy property and loot stores without facing criminal charges is cowardice. While George Floyd certainly didn’t deserve to die, his death should serve as a need for policing reform opposed to the call for anarchy that it has been.