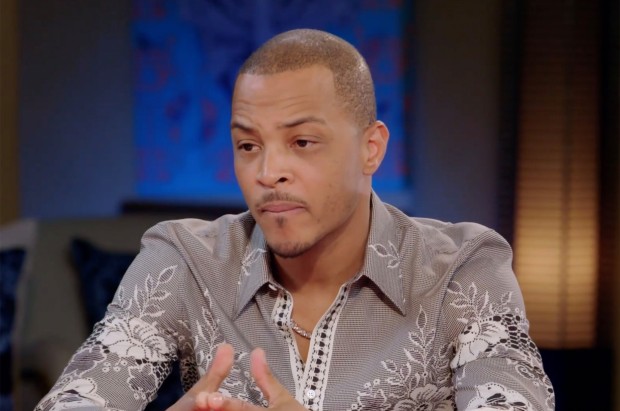 Former G-Unit member Spider Loc bought up on his podcast months ago about Clifford Harris testifying in a murder trial on the side of the prosecution. The full video has been taken off the internet but T.I. took the stand to testify against the killer (Hosea Thomas) of his friend Philant Johnson. Thomas was subsequently sentenced to 66 years in prison for pulling the trigger after T.I. identified Thomas as the killer, the prosecution was pleased with T.I.’s testimony.

Testifying in a murder trial for an argument you started in a club by throwing money at real street dudes and then taking the stand against the killer seems less than authentic. The lack of integrity that artists like T.I. have displayed shows that he is no more than a character. Did T.I. pave the way for artists such as Tekashi? In September T.I asked Candace Owens in which period was America great? It’s been really great for T.I. because he served only a year for weapons charges and his hip-hop career has been unaffected by testifying in the 2008 murder trial.

Perhaps T.I. being a snitch is overlooked by the hip-hop community because of his overwhelming commitment to community service. However, it points to some serious questionable concerns about the rappers character and his authenticity. Even though he has denied the allegations on numerous occasions such as the interview with DJ Envy, the truth has been surfacing for sometime and hip-hop hasn’t penalized T.I. for being a snitch.