The New England Patriots win in New York again with a 35 to 14 victory. 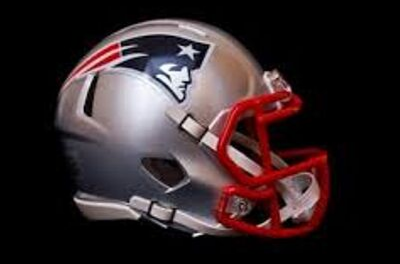 The New England Patriots move to 6 and 0 after their 35 to 14 win against the New York Giants.

Thursday night’s Patriots game was another win for last year’s Superbowl champs. Not only is it always a joy to beat a NY team at home, but we also had a few friendly faces about the stadium. Rob Gronkowski helped commentate on tonight’s game in normal Gronk fashion. Rodney Harrison was also inducted into the Patriots Hall Of Fame prior to the game.

The Patriot’s Offense Pulls Together

Due to Gronk and Harrison, there were a lot of smiling faces prior to the first snap, but not many during the first quarter of the game as the offense once again struggled to move the ball.

Not only was Brady sacked during the first quarter, but his long ball intended for Edelman was intercepted. It can be argued, however, that the wind played a big role in Brady’s ability to throw the ball with his usual accuracy. It could also have made new Patriot kicker Mike Nugent miss a 40-yard field goal.

Luckily, the defense had better luck in the first quarter. John Simon got his first pick of the season, though it was given right back with the intercepted ball.  The Pat’s also recovered a blocked punt kick which Winovich ran in for a TD.

Thankfully, Tom Brady and the offense acclimated to the wind and picked up momentum during the rest of the game. Tom Brady, himself, pulled off not one but two quarterback sneaks for two TD’s. He also got himself some rushing stats with a total of 6 yards.

Julien Edelman had a great night with 9 receptions for 113 yards. He also caught the longest pass of the game with a 36-yard catch in the 4th quarter. James White and Ryan Izzo also had a good day. White had 9 for 9 receptions for 46 yards while Izzo caught two passes for 31 yards.

More impressive, however, was the effort by Jakobi Meyers and Gunner Olszewski. Both of these wide receivers stepped up and filled the gap in the Patriot’s injured offensive line. Meyers, who had 4 for 4 receptions and 54 yards, caught an impressive 23 yard shot downfield by Brady setting the Pat’s up at the 2-yard line.

Olszewski, who caught 2 out of three passes that came his way, had the second-longest pass reception of the game at 29 yards. Interestingly enough though, there was no pass reception for a TD, but instead three rushing touchdowns.

Running back Brandon Bolden also had an amazing game. He caught 2 out of 2 catches for 22 yards, rushed for 23 yards and a touchdown. It was also Bolden who managed to stop the punt return which resulted in Winovich running the ball in for 6 points.

Besides Bolden, Sony Michel was the only other rushing Patriot. With 86 yards rushing, he had the longest run of the night with 26 yards. Though the offense may have struggled during the first quarter, they did rally to protect their QB throughout the rest of the game. Brady’s time in the pocket increased to the point that he actually dropped the ball, picked it up like he casually found a dollar on the ground, and tossed it downfield.

The Patriot’s defense held its own and kept its title as the best defense in the NFL. With only one sack by Van Noy, the Pat’s defense made up for it with 3 interceptions and a fumble recovery. John Simon had his first pick of the season, and both Gilmore and Harmon also had one interception apiece.

Van Noy not only had the only sack of the evening, but he also recovered a fumbled ball and ran it back for a touchdown. The entire Patriot’s defense worked well at keeping the Giants in check. Though they did alow the first offensive TD this season, the Giants offense only spent a little over 20 minutes on the field with only 52 rushing yards and 161 passing yards. This is in comparison to the Pat’s 114 rushing yards, 334 passing yards, and almost 40 minutes of possession time.

Next Weeks Game Against The Jets

After Thursday’s 35 to 14 win against the New York Giants, the Patriots get a well deserved 11-day rest until they play the New York Jets next Sunday. As the Pat’s will be traveling out to New York for this game, we are hoping to repeat a week three 30 to 14 win. Stay tuned.