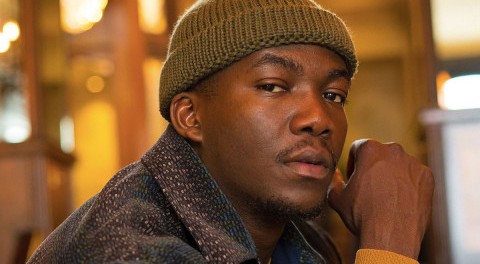 Playing live last night at the Royal Nightclub in Boston was young artist Jacob Banks with an opening performance by Moroccan born, and Virginia raised, Abir. The two artists combined to pull off a beautiful performance of soul and pop music that had the crowd tuned into the passion that was poured onto the stage. This article will focus on Jacob Banks by giving some background on the Nigerian born, English raised twenty five year old, his music, and why you should listen.

Jacob Banks was born in Nigeria and moved to England at thirteen. He started writing his own music at twenty, and now at twenty five he has produced four full albums and one EP. He got his start at open mics, by accompanying his powerful vocals with a guitar, Banks has worked his was up from small clubs in the United Kingdom to a tour across North America. Listening to his music is one thing, but seeing him perform live is a refreshing reminder of how talented musical artists can be.

His Nigerian roots show through his music as he mixes african rhythms with elements of pop and hip hop to accompany his soulful, baritone voice. On his website it is written that, “…Banks hopes to reenergize soul music for a new generation hoping to be their solace in hard times and a battery pack on a slow Monday morning.” He is bringing soul music back in fashion, with lyrics that will penetrate layers of emotions, and rhythms that will have you bobbing and swaying happily along.

An artist’s music is an expression of that individual as a human being. Not only is his music marvellous, but Jacob Banks is a man of character as well. On stage, and through his social media he is perpetually thanking his fans, spreading messages of love, and expressing his gratitude for where he is in life, how he got there, and who got him there. His music is an invigorating escape from the pernicious trap, rap, and pop music that floods our sound systems in the our current world of popular music. Instead of disdainful songs about sex, money, and violence, Banks’s music is about passion, love, reality, strength, and sorrow. Real music, with real meanings, from a young promising talent just beginning what is looks like will be a long and fruitful career.