I was impressed with wild card weekend.  Three out of the four games really came down to the 4th quarter. That being said, we are now onto the divisional round! My predictions will be in the order of what I think is the easiest to hardest.

I can’t believe I’m actually wasting time writing about this matchup. By far,this is the easiest prediction to make. Realistically, the Titans don’t stand a chance against the Patriots. If you are going to beat the Patriots, you better score 25 – 30 points. The Titans have only scored more than 24 points three times this season! They have been a middle of the pack in most offensive and defensive categories. However, Tennessee does have a solid running game! If they want to win in Foxboro, RB Derrick Henry is probably their only slim hope. Look for the Patriots to take away the Titans run attack before they have a chance to get it established though.

The Patriots have had a difficult time at stopping the run & occasionally show some serious flaws in the secondary.  They have given up some big pass plays that make you scratch your head. This would be a serious problem against an elite team, but the Titans are anything but.

I can’t see the Titans winning this. This is truly the easiest prediction. Patriots win 34 -16. 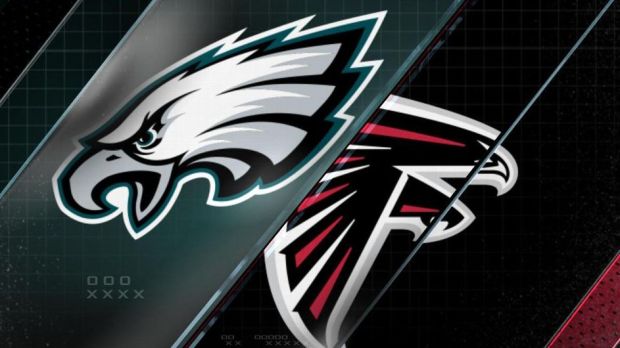 Earlier in the season, the Falcons looked like a sad broken team that was incapable of moving on from the dramatic Superbowl loss they suffered at the hands of the Patriots. They eventually managed to strap on there big boy pants & crawl back into the playoff picture. After watching them beat the NFL’s highest scoring offense in the wild card round, (L.A. Rams) it was obvious this team is now playing with tons of excitement and momentum. That can be dangerous to any opponent.

The Eagles are trending in the opposite direction. When QB Carson Wentz went down, so did the Eagles Superbowl chances. While he’s a serviceable backup for a game or two, you can’t trust Nick Foles. His limited postseason experience is positive, but that was in 2013. He looks like an completely different QB since then. The Eagles claimed they spent a lot of the bye week looking at 2013 tapes of Foles, & finding ways to improve him in the offense. If that doesn’t pan out, this could be a painful game to watch for Eagles fans. That doesn’t mean the Eagles are a one dimensional team though. Outside of passing statistics, they finished the season third in rushing yards. On the defensive side they have allowed the fewest rushing yards, and are middle of the pack in pass defense. Still, the loss of Wentz is a big enough blow that they will struggle against a Falcons team that is riding high.

The two teams are trending in opposite directions. Falcons win 24-17

The Jaguars obliterated the Steelers 30-9 in Pittsburg earlier this season. That won’t happen again. Roethlisberger isn’t going to throw five interceptions in a post season game. With everybody always talking about Bell & Brown, I didn’t realize the Steelers had better than average defensive numbers during the season. On average, the defense ranked 5th in fewest yards allowed per game. (306.9) We all know what kind of threat the offense is. What we don’t know is how healthy Antonio Brown will be. They will certainly need him to be as healthy as possible against the quick Jags defense.

At the end of the 2016 season, if you told me the 3-13 Jaguars would be playing in the AFC divisional game against the Steelers the following year, I would think you’re nuts. It’s amazing how quickly things have changed. It’s unlikely you will beat them through the air though! On average, the defense only allowed 169.9 passing yards per game. That’s #1 in the NFL. They also ranked 2nd in fewest total yards allowed per game at 286.1. You can run on them though! They finished 20th in run defense. The one major flaw on this team is QB Blake Bortles. It’s not just a minor flaw either. He looks atrocious. Still, teams have made it further with worse. In 2006 the Chicago Bears made it to the Superbowl with Rex Grossman at QB. His stats were a nightmare. Grossman finished the regular season with 480 passing attempts, completed 54.6% of them, & had 20 interceptions!  That’s pretty bad. Bortles this year had 523 attempts, completed 60.2%, & had 13 interceptions. He’s bad, but not Grossman bad. Rookie RB Leonard Fournette has been great this season, but hasn’t looked the same after missing time with an injury.

The Jags should make the Steelers work for it, but ultimately the Steelers should prevail. Noodle arm Bortles is too much of a liability. Steelers win 17-14 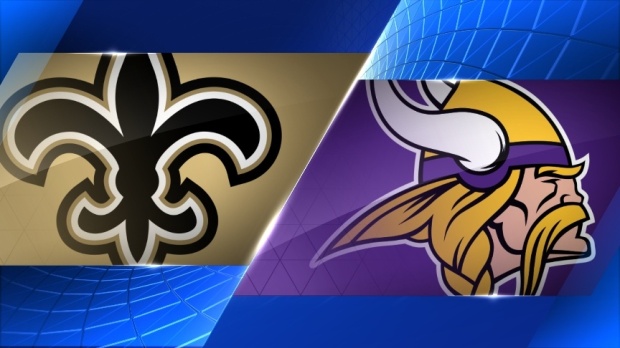 I needed to dig into the Vikings a bit. I honestly haven’t had the opportunity to watch them very much this season. I pulled up some highlights and did some stat digging. This is truly an impressive team that I underestimated. They are almost like the Jags without the Bortles liability. While Keenum is by no means an elite QB, the Vikings know how to use him. Offensively, they rank from good to average in most categories. Like the Jags, they have a great defense. They rank either 1st or 2nd in almost every major defensive category. Don’t count on them to make a mistake either. They don’t give away anything! They have allowed only 8 interceptions and had 6 fumbles all year. That’s the 3rd fewest total giveaways in the NFL this season. Only the Patriots & Chiefs had fewer.

I’m no Saints fan, but I’m also not the type to be biased in an evaluation. While they still have a solid WR core, this is no longer a one dimensional offense that needs to rely heavily on the arm of Drew Brees. The 1-2 RB punch of Ingram & Karama is just as lethal. This makes the Saints a dangerous offensive juggernaut. They rank from 2-5 in most offensive categories. While the RB duo has been quite the surprise, the biggest surprise has been watching the Saints defense improve as the season has progressed. While it’s by no means elite, it’s good enough.

The Saints # 2 total offense faces off against the Vikings #1 total defense. This should be a good game. In my opinion, this is also the most difficult to predict. The Saints have a scary offense. The Vikings are one of few teams capable of stopping it. Ultimately, the Saints will need the Vikings to make some mistakes if they want to win this. The problem is, they don’t make many of those. Vikings win 28-20