It was only a matter of time before something like this hit the market. Soon guys will be able to brag about more than just their dick size.

The smart condom is pretty much a fit bit for your penis. Technically, it’s not even a condom. It sits at the base. According to the preorder page, the smart condom will record the following.

This seems like a novelty & something I would try once just out of curiosity. I personally can’t see myself caring enough to chart my sessions. Why the hell would I want to be thinking of all this shit during sex anyway?  It would take the fun out of it. When I think of sex, the focus should be on pleasure and fun. I don’t want to be thinking how I need five more thrusts to increase my average per session. (source)

Data will be kept anonymous, but you can share your data with your friends or the rest of the world if you want. I guarantee some sad nerd will be in a basement with this thing on day one of it’s release finding ways to generate impressive numbers in various categories without actually having sex. Then he will share it with social media thinking it will make women want him.

I wonder if a small percent of women or gay men would use this to decide on a sexual partner. It’s like, “Mark has a higher thrust average than Dave, but Dave has more speed and a bigger girth. I can’t decide”.

This could start arguments too. What if the person not wearing it is getting tired & tells you to stop, but you’re an ego maniac hell bent on breaking your friends length of session record that was posted online. 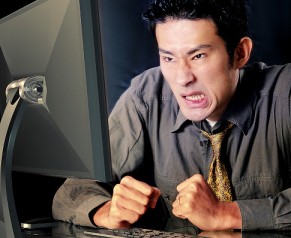 How did he beat me!? I’m the king of stamina!

If your looking to compete with your friends or get your sex workout on, this will be available in the U.K. first. An official release date for 2017 has yet to be announced.