Spring training is officially underway. The Boston Red Sox have made some notable acquisitions in an attempt to improve the team.

They now have an ace in David Price. They acquired closer Craig Kimbrel from the Padres and signed outfielder Chris Young who can mash left handed pitching. These are improvements, but the team has more question marks and potential hazardous clubhouse scenarios that the Boston media is feasting on. This team has more potential drama and distractions brewing than an episode of Bad Girls Club.

Lets start with our new first baseman Hanley Ramirez. Did he think he was fooling anyone by showing up to spring training a little early and fielding a few ground balls at first base? Sox fans are smarter than that! 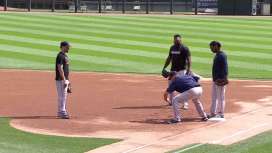 Ok Hanley. This is how you catch a ball.

We all know Hanley is capable, but he lacks motivation to play defense. He just wants to hit. They couldn’t even get him to play left field effectively last season. Hell, even Manny Ramirez was capable of that! Hanley has been saying all the right things so far, but it won’t last. It’s also a realistic possibility that he gets injured and doesn’t play more than 100 games.

Third baseman Pablo Sandoval is another story. Well, the media is making it one. He was fat last year and is fat again this year. He just hasn’t performed. In this market, you can do whatever and look however you want. 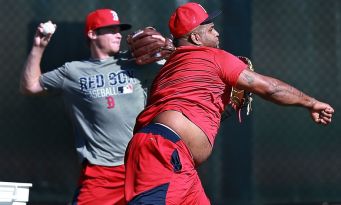 The catch is, you need to produce! Hell, if the Red Sox signed Caitlyn Jenner and she produced a .350 batting average & belted out 50 homeruns everyone would be like, “so what? She use to be a guy. No big deal. She can even have her own locker room.”  That acceptance would drop sharply if the numbers sucked. It would then turn into “that trash doesn’t belong in sports!” That’s exactly what is going on with Sandoval. .245 and 10 HR’s just isn’t going to cut it for a guy being paid $95 million over five years. So, his weight is now a bigger target.

After Price, who is your number two starter? Is it Buchholz? That’s just laughable. While he shows small flashes of being capable, we all know at some point he is going to “sleep wrong on his arm” or complain about his vagina hurting and miss a good chunk of the season. This is just who he is. I don’t expect that to change. He isn’t some stupid kid anymore. He will be 32 in August. If he hasn’t changed yet, he won’t now.

Next up is manager John Farrell. I’m going to come right out and say this. He isn’t a good manager. He is mediocre at best. For a former pitching coach, sometimes his pitching decisions late in games will drive me insane! However, he is just returning after battling stage 1 lymphoma. This puts the Red Sox in a bit of a situation. While the team has praised and said nothing but great things about Farrell, I truly believe they would like to replace him. 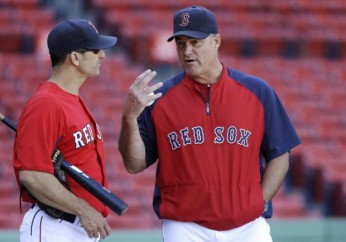 Although, you just can’t fire someone after they battled cancer. The sox office has always cared deeply about good PR. That would be a nightmare! That doesn’t mean Farrell isn’t on a short leash though. With shit to work with, bench coach Torey Lovullo stepped up as manager and the team went 27-20 down the stretch in Farrell’s absence. While 27-20 isn’t necessarily a large enough sample to suggest Lovullo is an overall better manager than Farrell, it does gain some attention. I also don’t want to shout conspiracy, but Lovullo did get an extension and a bump in pay that is considered high for a bench coach. Could it be the Red Sox want to keep him around in case Farrell can’t get the team going? Lovullo has gone on and expressed his loyalty to Farrell in the media but we won’t know for sure how deep that loyalty runs until opportunity knocks.

Don’t get me wrong, all teams have question marks and concerns. It’s just alarming when you see this many with camp just starting!