Alfred Hitchcock was a legendary director & a game changer in the industry.  His most famous films include Psycho (1960)   The Birds (1963) and Marnie (1964). He pioneered many techniques and changed the look of suspense and drama films. While his accomplishments are warranted, he was also a grade 'A' asshole.

Most of us can appreciate a good prank and don’t mind laughing at ourselves every now and then. Hitchcock was a prankster on a different level. It’s one thing to prank a good friend and you both can laugh about it. It’s another thing to do it with the intent of total humiliation & sometimes take advantage of a persons fear. For example, actress Elsie Randolph revealed her fear of fire to Hitchcock once. He later played an elaborate trick on her, getting a technician to pump smoke into a telephone box after the door had been locked. From the outside looking in, I personally found some of his pranks to be hilarious. I just wouldn’t want to be the person on the receiving end. For example, In a 1983 biography on Hitchcock ,The Dark Side Of Genius, Donald Spoto describes the following prank.

“Hitchcock bet a film’s property man a week’s salary that he would be too frightened to spend a whole night chained to a camera in a deserted and darkened studio. The chap heartily agreed to the wager, and at the end of the assigned day, Hitchcock himself clasped the handcuffs and pocketed the key – but not before he offered a generous beaker of brandy ‘the better to ensure a quick and deep sleep’. The man thanked him for his thoughtfulness and drank the brandy, and everyone withdrew. When they arrived on the set next morning, they found the poor man angry, weeping, exhausted, and humiliated. Hitchcock had laced the brandy with the strongest available laxative, and the victim had, unavoidably, soiled himself and a wide area around his feet and the camera.” 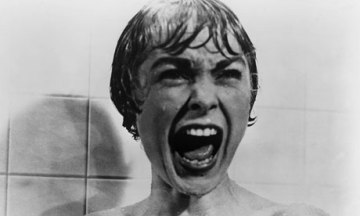 Pranks aside, Hitchcock had a much darker and controversial side. This controversy pertains to his relationship with actress Tippi Hedren who starred in some of his films. On several occasions she described Hitchcock as a creepy man who was obsessed with her and ruined her career.

“To be the object of someone’s obsession is horrible,” she said. “It was a form of stalking. He had my handwriting analysed, he had me followed, and it was as if I was being engulfed by him.”

Accounts of Hitchcocks accused behavior toward Hedren are detailed in controversial HBO documentary “The Girl”. The documentary portrays the famous director as a monster. Many Hitchcock supporters and people who knew him (he died in 1980) have voiced frustration with the documentary and don’t believe a lot of what Hedren claims. Others believe many of her accusations are possible. 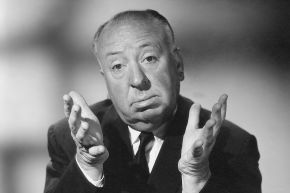 Maybe I misbehaved. Maybe I didn’t. What do I know. I’m dead.

I personally have a hard time with documentaries like this. Since they are very one sided, you aren’t getting the entire story and since Hitchcock is dead, we will never know what really went on. It’s just one person pointing a finger. On one hand Hollywood was a very different place back then. It was very common for women to do sexual favors to get parts in films. That’s no excuse if Hitchcock was a creep, but its just not surprising if he was. That’s like me thinking its a breaking story that Hitler was evil. It’s like drrrr we knew that!

On the other hand we have a women who might have had a negative experience with a director but just blames him when she should be blaming herself for not getting her own career back on track.

“He destroyed me career, but not my life.”

Did he really have that much power? She has mentioned openly how he kept her under contract for two years but wouldn’t let her do any films.

“He kept me under contract – $600 a week. I didn’t make any movies. I was, as you’d say back then, ‘hot’ and later found out how many directors and producers wanted me. It was very frustrating.”

Why would no director want you after only two years of hiatus?

This is like most stories I’ve heard in life. It has three versions, his version (if he was still alive), her version and the truth, which is probably someplace in the middle. However, even if only a small fraction of the accusations against Hitchcock are true, he still ranks high on the douchebag list.

On deck for Volume 3: An actress who isn’t like your typical doucebag.